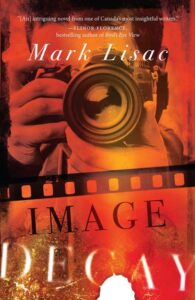 Mark Lisac’s Image Decay returns to the pugnacious world of backroom politics laid out in his award-nominated Where the Bodies Lie. Set again in that “unnamed capital city east of the Rockies,” where the Brutalist architecture of the downtown core reflects the body politic laid bare.

When a cantankerous ex-government photographer seeks ownership of his prints, the powers that be are determined to prevent the release of certain sensitive photos. Set in the 1990s, this political thriller delves into questions of identity and memory, established power and its fears and secrets, old stock versus newcomers, belonging and alienation. Image Decay investigates the intricacies of political manipulation, personal anxieties, and how history must be seen to be confronted.

Back to book search