Private Charles Smith had been dead for close to a century when Jonathan Hart discovered the soldier’s small diary in the Baldwin Collection at the Toronto Public Library. The diary’s first entry was marked 5 June 1915. After some research, Hart discovered that Charles Smith was an Anglo-Canadian, born in Kent, and that this diary… 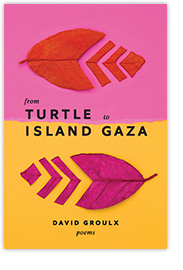 From Turtle Island to Gaza

“David Groulx is an important poetic voice. Intellectually and emotionally generous, his poetry both gives and demands presence, and a willingness to acknowledge reality and engage at a deeper level.” —Joanne Arnott, author of A Night for the Lady “Powerful . . . triumphant and heartfelt.” —Lee Maracle With a sure voice, Groulx, an Anishinaabe writer, artistically weaves… 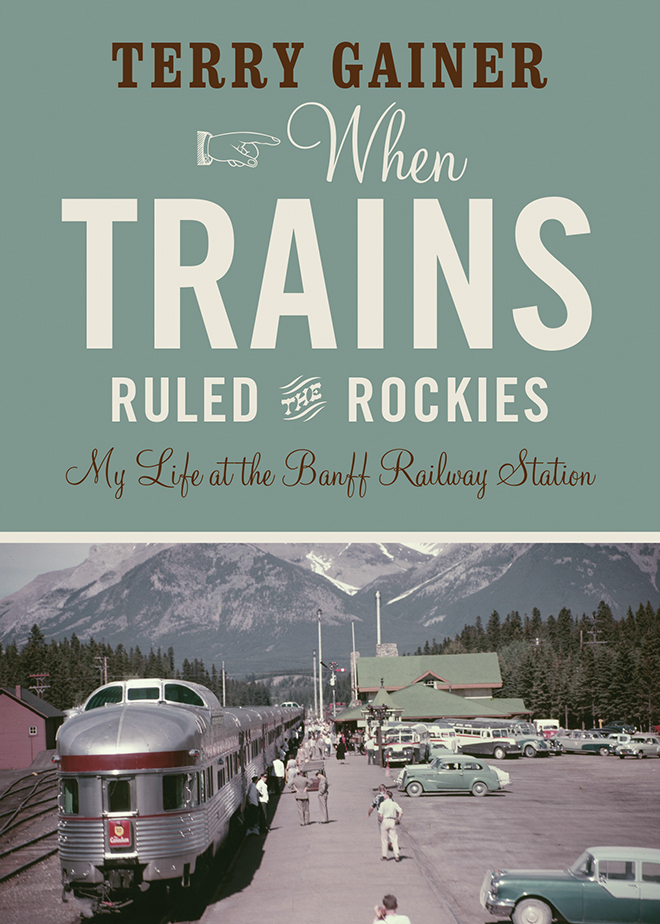 When Trains Ruled the Rockies: My Life at the Banff Railway Station

When Trains Ruled the Rockies is a personal history of the Banff train station from 1948 through 1962. Drawn from Terry Gainer’s personal memories and experiences from his years living and working at the legendary Banff Railway Station, this entertaining memoir and important historical record beckons the reader into the golden age of railway travel… 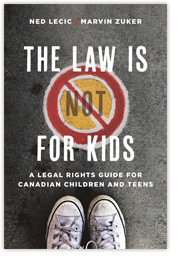 The Law Is (Not) For Kids: A Legal Rights Guide for Canadian Children and Teens

by Ned Lecic and Marvin Zuker

“Lecic and Zuker have done a masterful job in producing this invaluable resource for young people in Canada. The authors answer key questions young people have about rights and laws that affect them at home, at school, at work, and in their relationships. Provincial and territorial variations in law are included making the guide relevant… 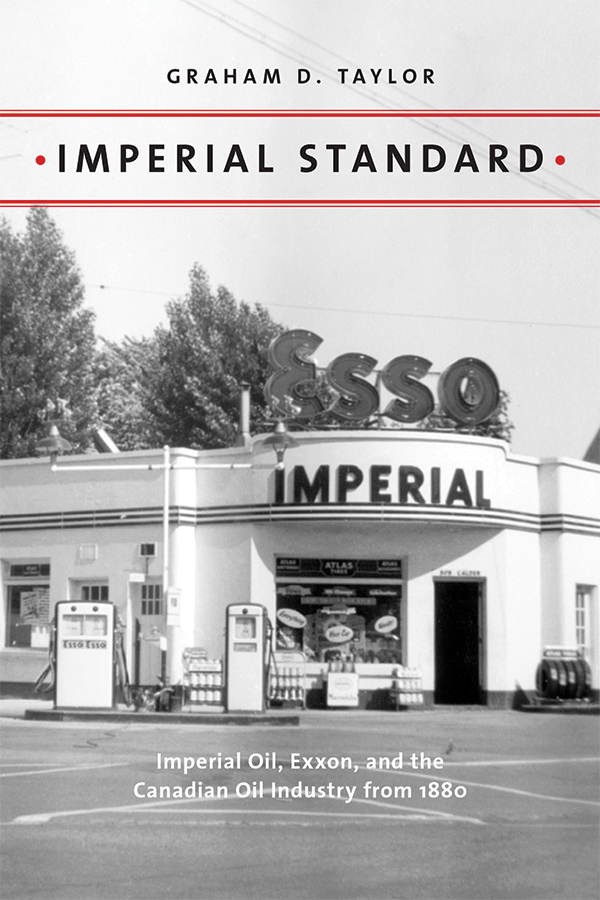 For over 130 years, Imperial Oil dominated Canada’s oil industry. From Petrolia to Turner Valley, Imperial was always nearby and ready to take charge. Their 1947 discovery of crude oil in Leduc, Alberta transformed the industry and the country. But from 1899 onwards, two-thirds of the company was owned by an American giant, making Imperial… 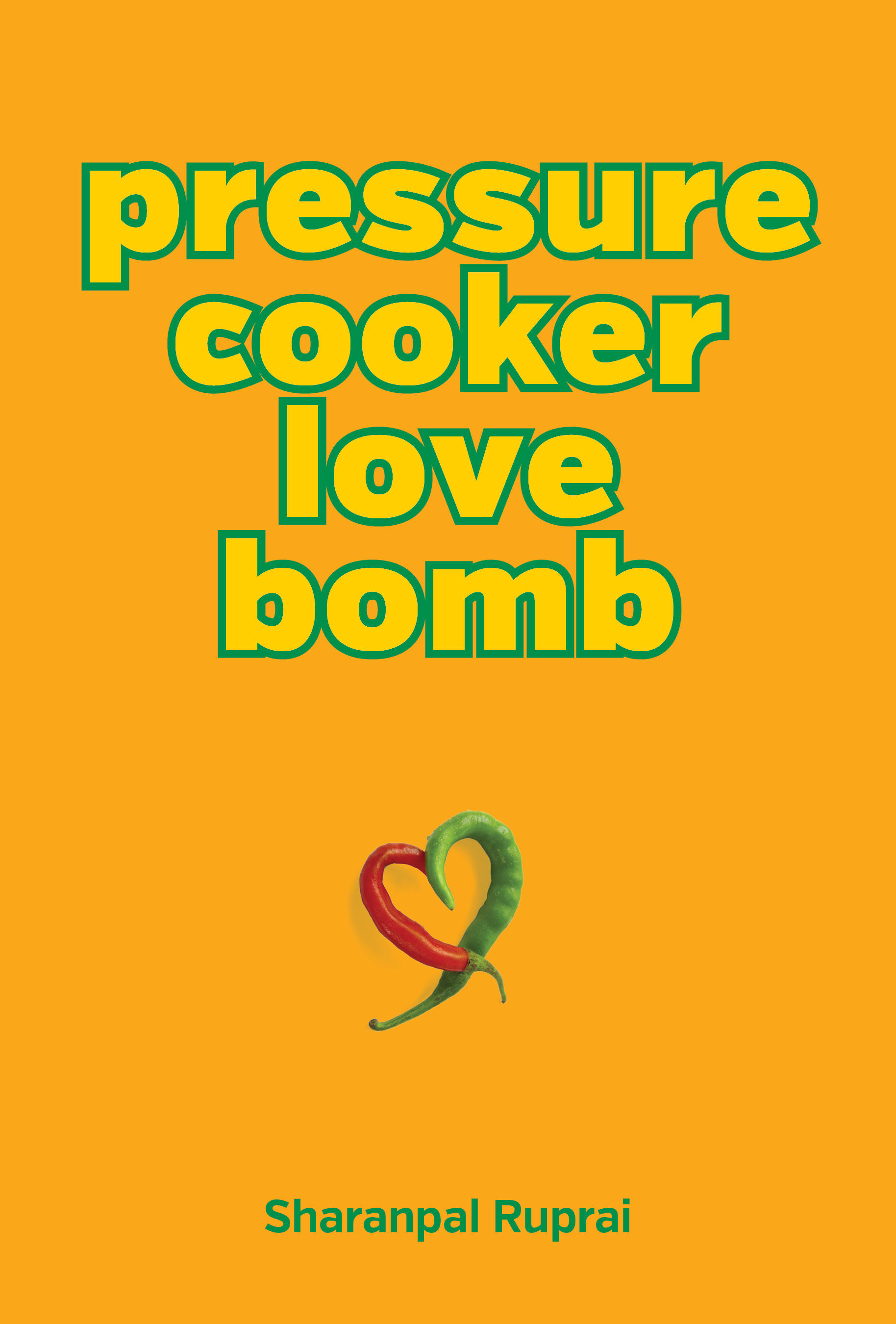 Poems masquerading as recipes, poems masquerading as survival guides, poems simmered in love, Pressure Cooker Love Bomb is a humorous collection of poems. Ruprai’s second collection is infused with intense sexuality, racial tensions, and questions of gender conformity. With various textures of poems, the collection reads as woman of colour’s manifesto with instructions.…

Family Walks and Hikes is an exciting new series of books written specifically for outdoor enthusiasts of all ages and abilities. These accurate, attractive guides feature expertly curated routes, informative maps, and colour photographs. The first book for the Canadian Rockies in the series brings together an inspiring collection of comfortable walks and spectacular hikes for…

Hooray! Time for a new and colourful 123 adventure with bestselling children’s author and illustrator Jocey Asnong, along the remarkable west coast of Canada. Jocey Asnong’s vibrant and whimsical illustrations take readers kayaking through Cowichan Bay, surfing with starfish and sea otters at Tofino, and swimming with sea wolves in the Great Bear Rainforest. From… 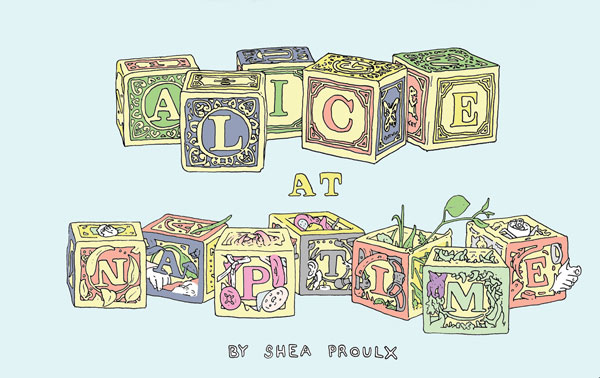 ‘A beautiful, visual-poem about motherhood and art.’  A poetic exploration of being both a new mother and an artist, told using her own unique graphic novel and fine art approach. When Alice was born her mother only found time to draw her while she napped. Gradually Alice is multiplied in a tapestry of selves, both… 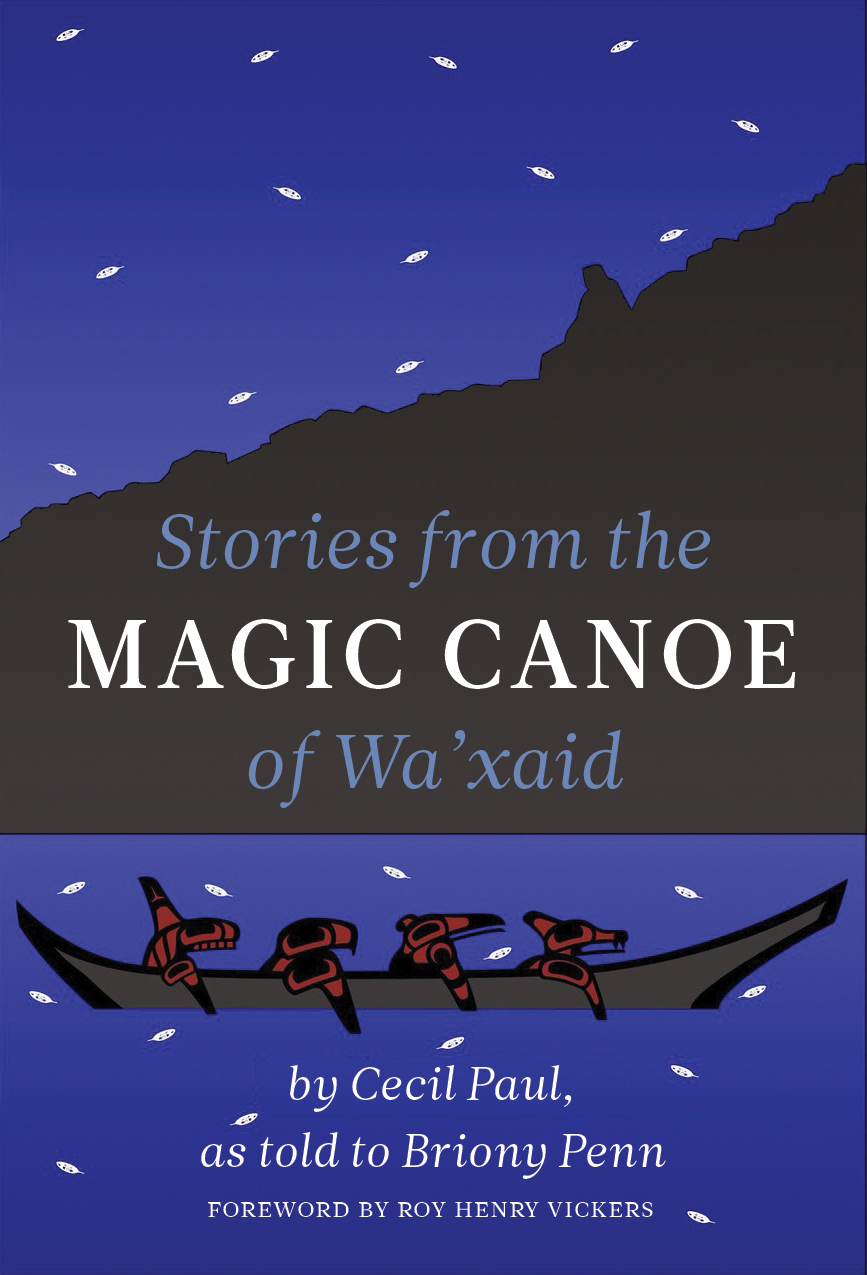 Stories from the Magic Canoe of Wa’xaid

A remarkable and profound collection of reflections by one of North America’s most important Indigenous leaders. My name is Wa’xaid, given to me by my people. ‘Wa’ is ‘the river’, ‘Xaid’ is ‘good’ – good river. Sometimes the river is not good. I am a Xenaksiala, I am from the Killer Whale Clan. I would… 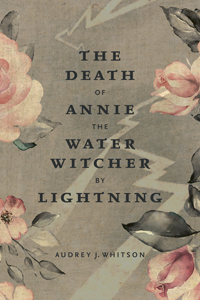 The Death of Annie the Water Witcher by Lightning

Three years into the second millennium, Majestic, Alberta is a farm town dealing with depressed crop prices, international borders closing to Canadian beef, and a severe drought. Older farmers worry about their way of life changing while young people concoct ways to escape: drugs, partying, moving away. Even the church is on the brink of… 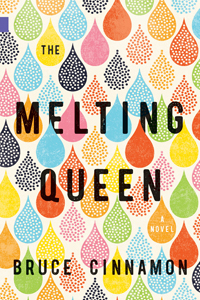 Every year since 1904, when the ice breaks up on the North Saskatchewan River, Edmonton has crowned a Melting Queen—a woman who presides over the Melting Day spring carnival and who must keep the city’s spirits up over the following winter. But this year, something has changed: a genderfluid ex-frat brother called River Runson is…

1st Legion of Utopia: An Epic Tale of Killers, Queers & the Birth of Canadian Socialism

The turmoil of the Great Depression galvanized Canadians to rise up and fight for improved labour conditions, social equality and universal healthcare. In the frontier city of Calgary, Holly Burnside and Brian Mah get involved with the founding of the Co-operative Commonwealth Federation, the first national party dedicated to the needs of workers and farmers.… 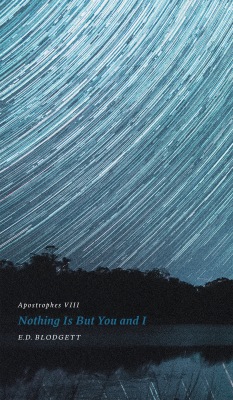 Apostrophes VIII: Nothing Is But You and I

The late sun falls slowly into the afternoon of your eyes, and there it pauses as one might pause to take a breath —from “Lost” Nothing Is But You and I, the breathtaking final volume in the Apostrophes series, reveals poet E.D. Blodgett at his most accomplished. Lyrical grace meets exquisite technique as Blodgett fathoms… 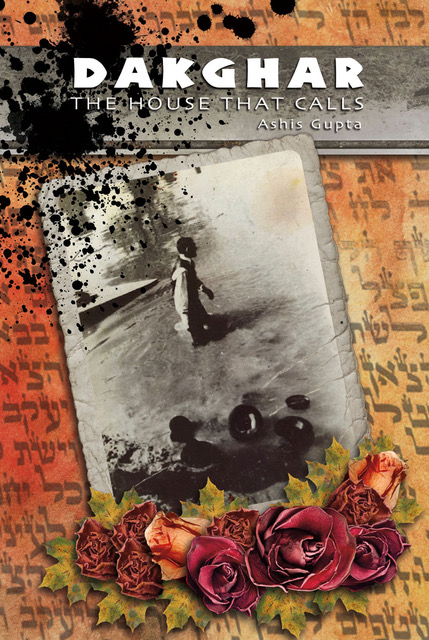 Dakghar: The House That Calls

Novel set around Tagore’s play Post Office staged in the 1943 Warsaw Ghetto with echoes of today.… 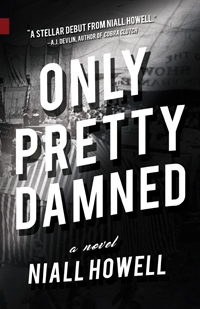 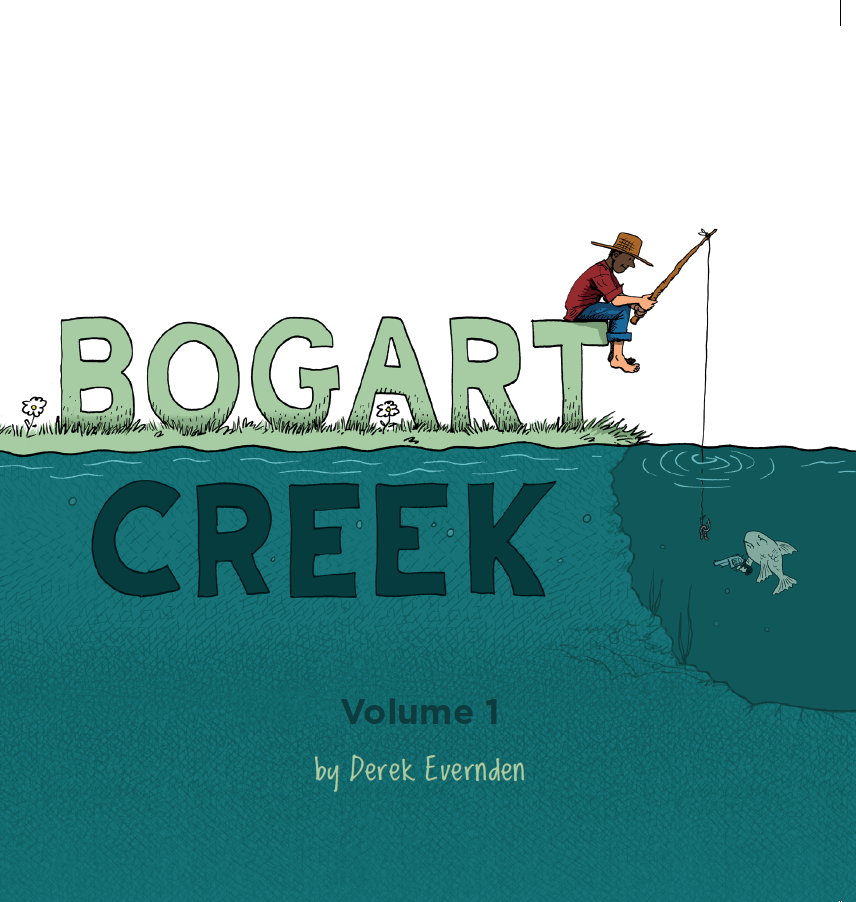 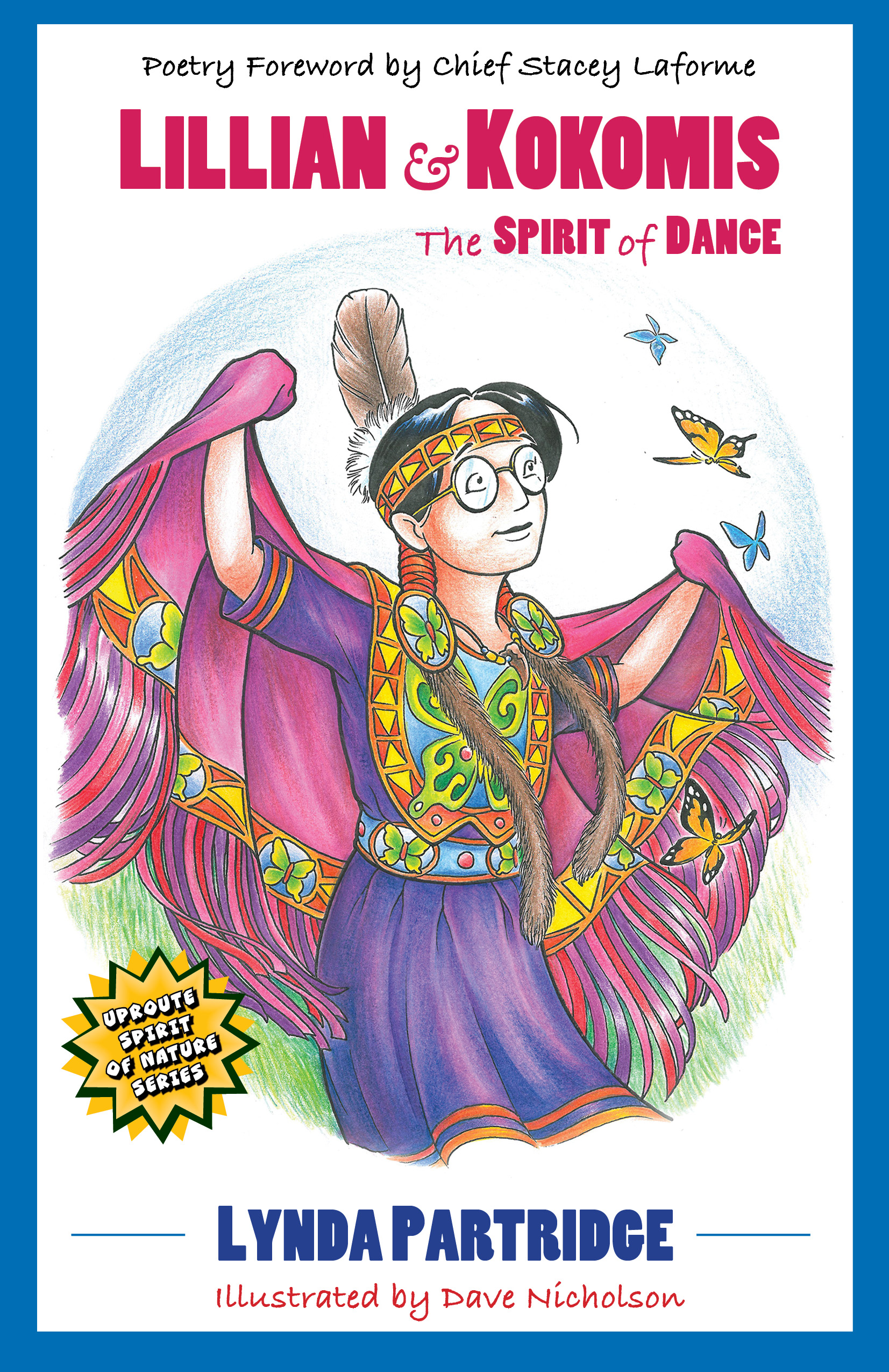 Lillian & Kokomis: The Spirit of Dance

Lillian & Kokomis is the second book in the UpRoute Indigenous Spirit of Nature Series. Written by Sixties Scoop survivor, Lynda Partridge, the back cover blurb says all … “Lillian finds herself at yet another foster home. White kids make fun of her at school. Indigenous kids do too. Lillian’s angry mind wants to punch… 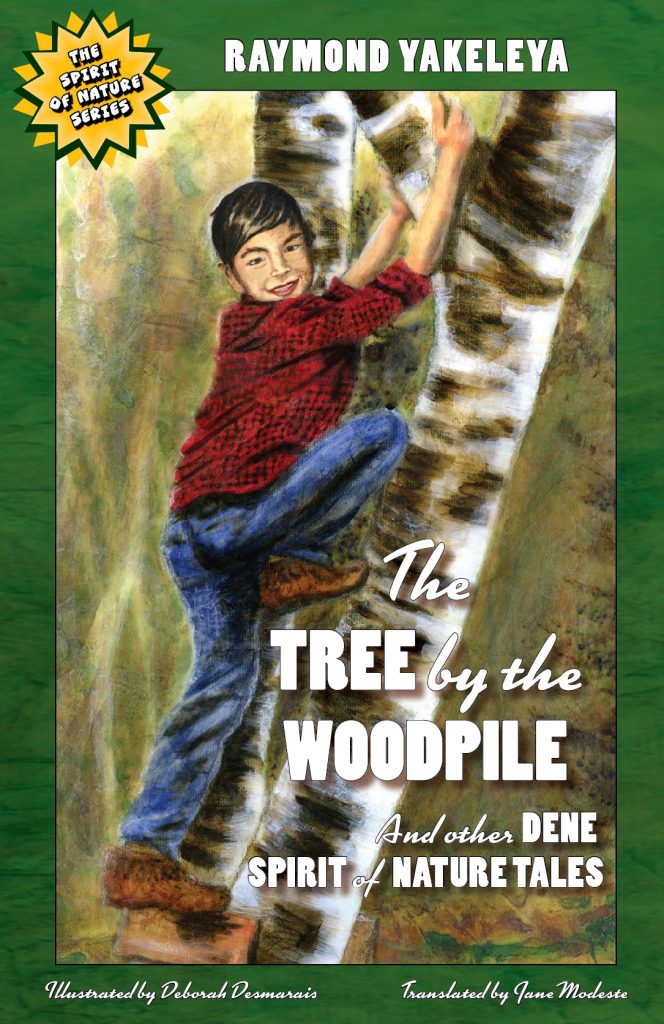 The Tree by the Woodpile: And Other Dene Spirit of Nature Tales

The Tree by the Woodpile is a story about a  First Nations boy who is told an enchanting tale by his grandmother about how an old tree by the woodpile provides food and shelter for the birds and animals of the North. The story is suffused with Newehtsı̨nę, the Creator and Spirit of Nature, who brings a… 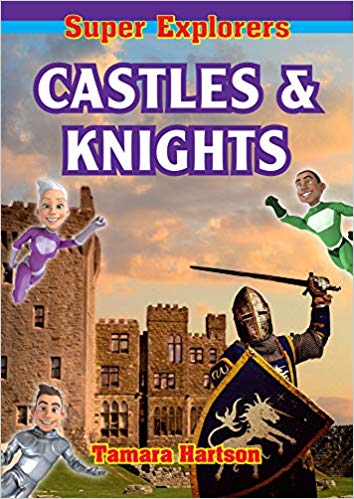 Super Explorers takes you back in time to the medieval days when people lived in castles and knights roamed slaying dragons and rescuing beautiful maidens: Castles were fortifications made of stone built in the Middle Ages to control land and protect nobles from their enemies. Many castles were surrounded by large water-filled moats. Most castles…